Down payment:
Not required.

The requirements for minimum turnover:
None. 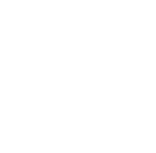 History:
The bank was founded in 1993 on the basis of the regional branch of the Bank of Latvia in the city of Aizkraukle, so
originally called «Aizkraukles banka». In subsequent years, the bank was active in the service sector
foreign customers. Offering a variety of banking products, mainly related
settlements, the bank became a prominent participant in the financial market. One of the first bank in Latvia started
to develop a variety of remote customer service channels. As a result, significantly improved
quality of service and the bank began to develop even faster. In May 2011, the bank changed its name to ABLV
Bank, AS. Today, ABLV Bank, AS - is the largest independent private bank in Latvia with representative
Group in many CIS countries: Russia (Moscow, St. Petersburg, Yekaterinburg, Vladivostok), Ukraine (Kiev, Odessa)
Belorussia (Minsk), Uzbekistan (Tashkent), Azerbaijan (Baku), Kazakhstan (Almaty), Tajikistan (Dushanbe). The
ABLV group includes ABLV Bank, AS, and more than 20 subsidiaries. The most significant of these are
companies that provide brokerage and investment services, private investment funds and companies
counseling. In May 2015 ABLV Bank opened a representative office in Hong Kong

There are Russian-speaking staff